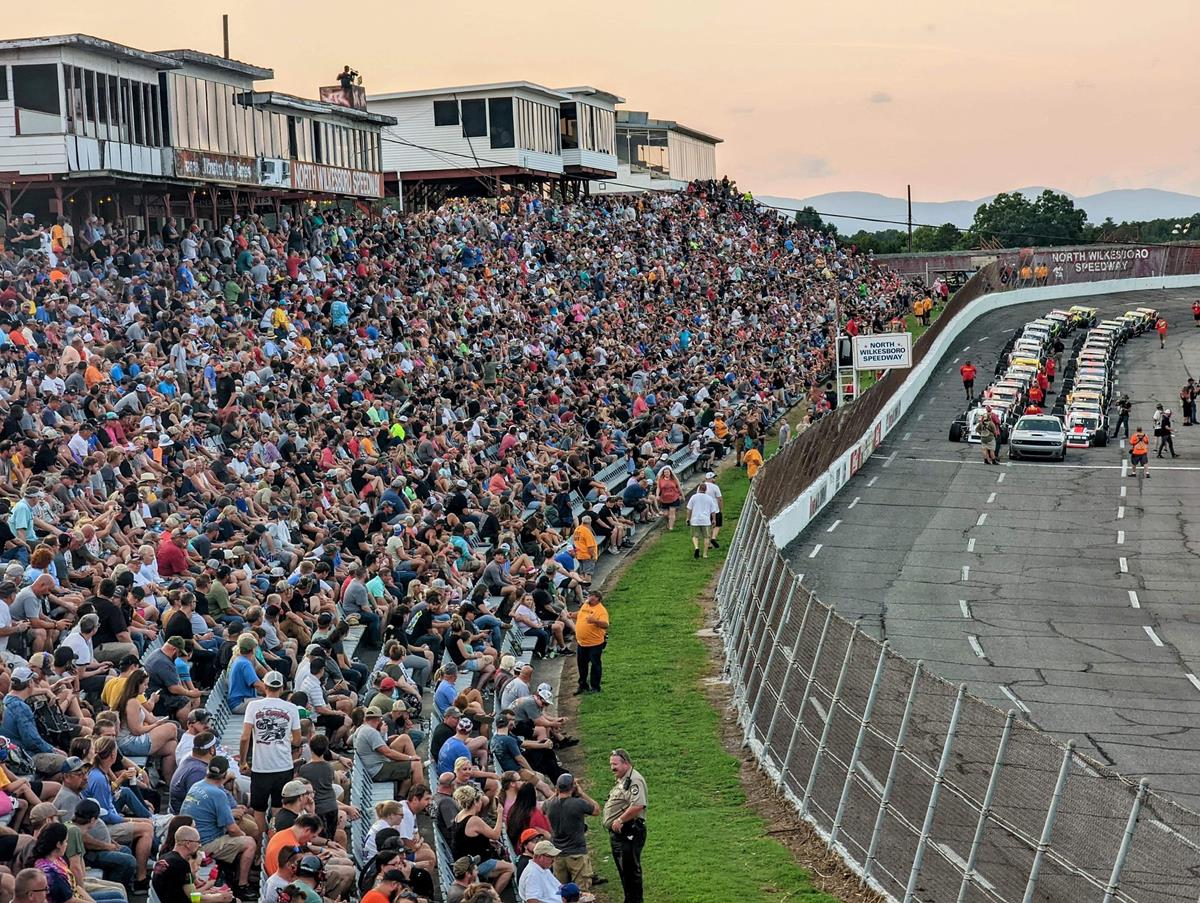 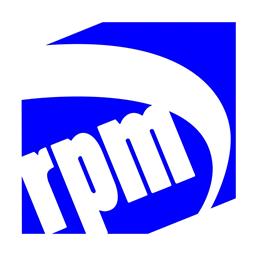 (Note: You may need to click on "View Entire Document" at the bottom of the original e-mail to see entire document)

http://www.weedsportspeedway.com
A nearly sold out (ultimately announced as a sellout) crowd awaits the start of the Race Track Revival at North Wilkesboro Speedway was brought back to life by Speedway Motorsports Incorporated (SMI), XR Events and the state of North Carolina. The events at North Wilkesboro have been extremely successful and have turned a negative situation into a positive.
What's going on with us or even Society as a whole;

Observing changes to society in the last 24-months has become incredible. There is not a way to deny that things haven't changed. There are not many changes that are positive. People are angry. People have little patience, society is generally ungrateful and entitled. People do not have the work ethic that once existed right down to the fact that it has become incredibly difficult to hire anyone within parameters of employment. Within the fences of our facilities we face challenges on all of these accounts.

After reading the Friendship Motor Speedway post in regard to the facility closing, one has to wonder about the stability and state of folks trying to build, maintain and grow this business and a river of negativity continues to flow. There are many of us who continue to roll with the tide and carry on. Hearing comments such as, "people need to be stronger in this business" leads to me to a point of view that in general, people need to be more human, but how do we get there?

Certainly, the news, the mixed messages from all sides of each aisle are not helping to "stabilize the patient" and in many cases are adding fuel to the fire. As an aside, it leads you to ask, were things calmer when Walter Cronkite delivered the national news each night?

To site a personal example, in a race that we were administering recently, we had a last lap altercation, one of the two drivers involved was having a discussion with an official out of the way, in a dark corner of the pit area, not to be seen, not to be interrupted. A young adult fan approached the driver and asked to hug the driver, the official asked for their privacy to be respected until the conversation was over then the interaction with the fan could take place. The fan completely ignored the official and the official became disgruntled after being polite with the first two requests. There should be a certain level of respect exhibited in any situation. A polite request for time is nothing new. The ignorance of ignoring the request is. It is not the first time this has been witnessed. It is the first time the official became disgruntled vocally. Why did this happen? The self-entitlement of being able to do what you want to do whenever you want without responsibility, accountability
or repercussion.

In another personal reference, we had a promoter from another track become involved in an altercation on the race track that escalated quickly. I asked the promoter after the incident via a phone call, what they would do if the roles were reversed. There was no real answer. It's become uncommonly okay to be physically reactionary.

The changes do not just reflect what is going on around us, it's everywhere. In a neighborhood post, a farming entrepreneur noted that they had a roadside stand with flowers and vase, where they've never had an empty box when "purchases" have been made. This time, even their vase for flowers went missing as they posted in regard to their frustration. It is understandable. Things are just not as they once were.

We have all witnessed it and it continues to become more common. It is a sad state of humanity and whether we want to admit it or not, it is having an effect on our business.

How do we fix it? Exemplary customer service is helpful and a must in today's society, but it is not all we need for today's society changes. Many times, we have observed, things escalate to different levels, even when management attempts to rectify or defuse potential challenges. Customer service couple with a great experience seems to help things along, however, it is your entire formula that delivers the most success.

The key to all of this is not sacrificing profitability. In many cases, it becomes very challenging. All of us work too hard to give anything up. There is enough risk involved when we are attempting to run an event.

It all affects us. The even flow of life plays a role in everything that we do and how our "bell rings" based the nature of humanity. It is something many of us probably don't even consider on day-to-day basis as we trudge through, but it is something we should stop and consider.

The economy and even when people "speak" about it, affects people and their spending habits. Being in a business that requires and relies on disposable income makes changes unnerving, including when we think, based on the past, our businesses will flourish. The past means nothing today as we strive for success. The cyclical nature of things has definitely changed.

The only thing that remains is that the strong will adapt, survive and flourish. If you are not prepared to adapt, things may be more challenging. As leaders of an industry, we are reliant on one another to carry the torches in a positive direction, make positive moves and bring people along to success.

The only way any of this changes is from the inside out. The good news for short track racing is the nucleus of our folks already know this and have begun adapting. Hopefully, things change for the better as we progress in to the "not-so-off-season" of 2022.

Also, please note and it will be announced elsewhere in this edition as well, that we have renegotiated dates with the Eldorado in Reno, Nevada, the 50^th Annual RPM@Reno Western Workshops will now take place with registration on Tuesday, November 29 and the Workshops on Wednesday, November 30 and Thursday, December 1. If you are wondering, why the change, the travel on Monday, November 28 was exorbitant. As things continue to escalate in our current economic situation, we felt it was best after hearing from some folks to negotiate a change with ample time to make plans and adjust. So please adjust your calendars, Tuesday, November 29 (registration in the evening); Wednesday, November 30 and Thursday, December 1, 50^th Annual RPM@Reno Western Workshops.

Now It’s time to get to the rest of the issue:
http://www.hoosiertire.com
http://www.kandkinsurance.com
TO TABLE OF CONTENTS (#HOME)
http://www.speedsport.com
The City of Loves Park Illinois dedicated a section of highway as Jody Deery Way.

After a lifetime of contributions to the Rockford racing community, Jody Deery is set to be immortalized near Rockford Speedway.

The new Jody Deery Way is set to run from Route 173 to Harlem Road, which passes by Rockford Speedway.

Deery’s ownership dates back to 1959 when she and her husband, Hugh, purchased the track. Following Hugh’s passing in 1984, Jody became the sole owner of the track. The Speedway matriarch eventually stepped down from daily duties at the speedway in 2020 at the age of 95. Jody Deery passed away at the age of 97 in June 2022.
http://www.kandkinsurance.com
http://www.hoosiertire.com
TO TABLE OF CONTENTS (#HOME)

RPM ENDORSEMENT; "We went to PRI back in December and sat in the RPM Workshop roundtable there. We were able to met a lot of new people and made some new connections. We enjoyed it so much that we decided to attend the Daytona Workshops where we were able to learn more about how to promote our tracks, continue making connections with track owners and other promoters as well as manufacturers. We will definitely be back again as we learned a lot! Thank you RPM for the friendships and the education to help grow this sport and help us be better Promoters!" Chelsie and Luke Riddle, Duck River Raceway Park, Lewisburg, Tennessee - first time attendees.

https://www.performanceracing.com/
The Performance Racing Industry Trade Show -
December 8 - 10, 2022 - Indianapolis, Indiana
The RPM Workshops will once again partner with the Performance Racing Industry Trade show in Indianapolis through the TOPS Room. Planning stage discussions include oval short track roundtables and the offer to host meetings in the room along with it's provided services. The popular Brews and BS will return with help from the RPM Workshops helping you enjoy time to wind down after a busy day at the Trade Show. Fully scheduled details will be released shortly.
Seven Ways to Engage Fans and Drive Ticket Sales

In the ever-changing landscape of ticketing sales in sports and athletics, engaging fans has become more important than ever. There are countless ways for fans to consume sports content, and sports marketing administrators have to develop creative promotions to engage their fanbase in order to drive attendance. With a thoughtfully crafted campaign, sports teams can build relationships with fans and keep their stands full even while competing with the wide variety of entertainment options at fans' fingertips.

Social media is a great tool to keep fans informed, but it's an even greater tool for building and maintaining two-way relationships. Though it can be difficult to measure return on investment on ticket sales from social media, it remains a powerful mechanism for storytelling and interaction.